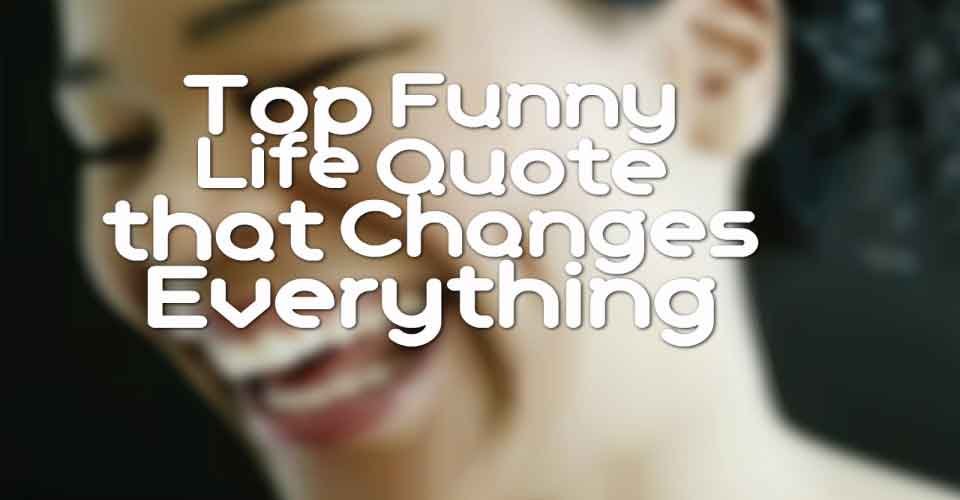 Nobody want’s to die, but we all want to make heaven. It’s so amazing how some tragedy of life could sound so funny, but factual. However, with the humor in the world we have decided to make a compilations of Top Funny Life Quote that Changes Everything

1. Two things are infinite: the universe and human stupidity; and I’m not sure about the universe. —Albert Einstein 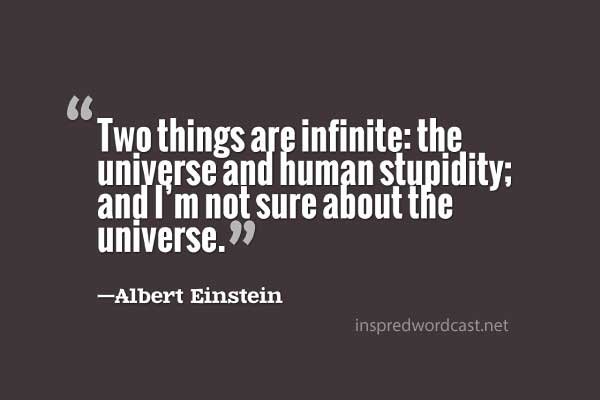 3. Those who believe in telekinetics, raise my hand. —Kurt Vonnegut

4. All you need is love. But a little chocolate now and then doesn’t hurt. —Charles Schulz

5. Accept who you are. Unless you’re a serial killer. —Ellen DeGeneres

6. All generalizations are false, including this one. —Mark Twain

9. Life is pain. Anyone who says otherwise is selling something. —William Goldman 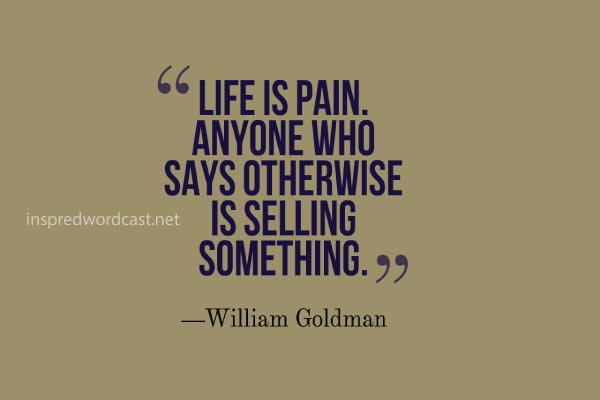 10. A woman’s mind is cleaner than a man’s: She changes it more often. —Oliver Herford

11. I can resist everything except temptation. —Oscar Wilde

12. The planet is fine. The people are fucked. —George Carlin

13. The reason I talk to myself is because I’m the only one whose answers I accept. —George Carlin

14. I love deadlines, I like the whooshing sound they make as they fly by. —Douglas Adams

16. “Women and cats will do as they please, and men and dogs should relax and get used to the idea.” —Robert A Heinlein
Click To Tweet

17. If you’re too open-minded; your brains will fall out. —Lawrence Ferlinghetti

18. Behind every great man is a woman rolling her eyes.  — Jim Carrey mnc

19. What a kid I got, I told him about the birds and the bees and he told me about the butcher and my wife. —Rodney Dangerfield

20. Never do anything that you wouldn’t want to explain to the paramedics.  —Author unknown

22. There are only two tragedies in life: one is not getting what one wants, and the other is getting it.  — Oscar Wilde

23. “If you tell the boss you were late for work because you had a flat tire, the very next morning you will have a flat tire. It is the parent of all enterprise, and the cause of all improvement.” —Author unknown
Click To Tweet

24. Life is not so bad if you have plenty of luck, a good physique and not too much imagination. – Christopher Isherwood 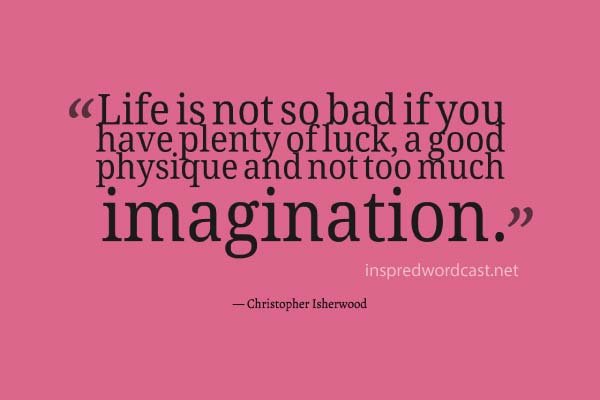 25. The easiest way to find something lost around the house is to buy a replacement. – Author unknown

26. An optimist is someone who falls off the Empire State Building, and after 50 floors says, “So far so good!” – Author unknown

27. When everything’s coming your way, you’re in the wrong lane. – Steven Wright

29. Life is just one damned thing after another. – Elbert Hubbard

30. Life is as tedious as a twice-told tale vexing the dull ear of a drowsy man. – William Shakespeare

31. “Nothing is as frustrating as arguing with someone who knows what he's talking about.” —Sam Ewing
Click To Tweet

32. I think I’ve discovered the secret of life – you just hang around until you get used to it. – Charles Schulz 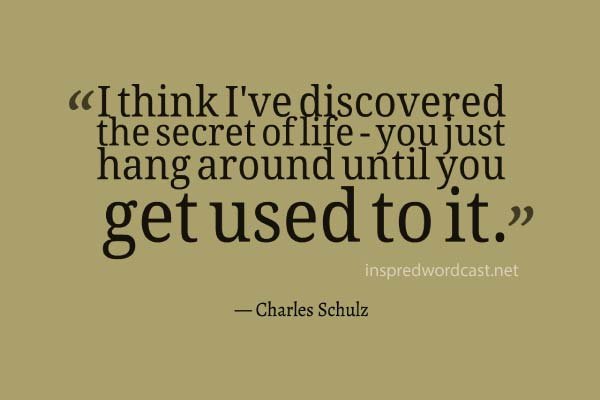 33. When we remember we are all mad, the mysteries disappear and life stands explained. – Mark Twain

34. Eagles may soar in the clouds, but weasels never get sucked into jet engines. – Steven Wright

35. It’s always darkest before the dawn. So if you’re going to steal your neighbor’s newspaper, that’s the time to do it. – Author unknown

36. Ability is what will get you to the top if the boss has no daughter. – Author unknown

38. Never put off until tomorrow what you can do the day after tomorrow. – Mark Twain 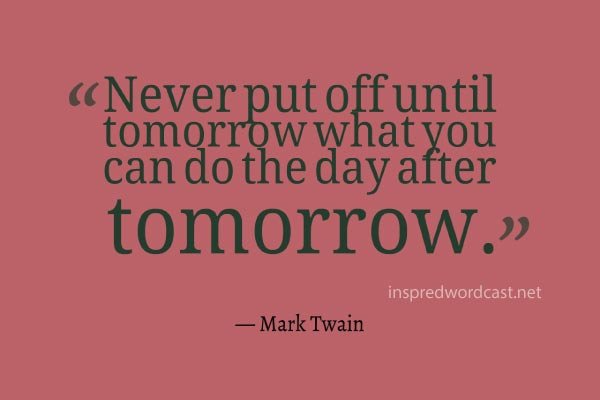 39. I told my dad I stopped raising hell and he called me a quitter! – Author unknown

40. I don’t suffer from insanity. I enjoy every minute of it. – Sherrilyn Kenyon in “Dance with the Devil”

42. “It may be that your sole purpose in life is simply to serve as a warning to others.” —Author unknown
Click To Tweet

43. When I’m right, no one remembers, when I’m wrong, no one forgets. – Author unknown 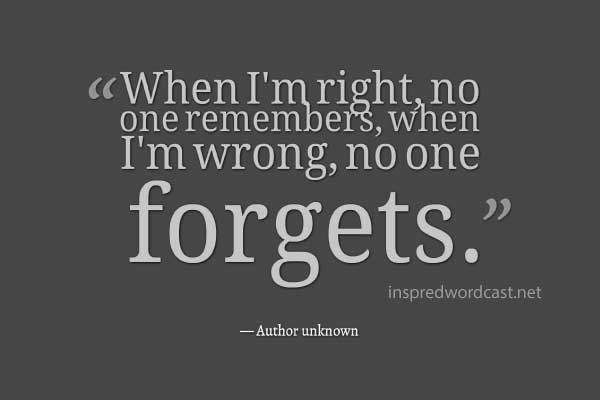 44. We never really grow up. We just learn how to act in public. – Bryan White

45. Alcohol is the anesthesia by which we endure the operation of life. – George Bernard Shaw

46. Evening news is where they begin with ‘Good evening’, and then proceed to tell you why it isn’t. – Author unknown

47. “If everything seems to be going well, you have obviously overlooked something. ” —Steven Wright
Click To Tweet 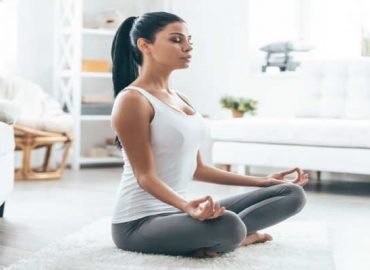 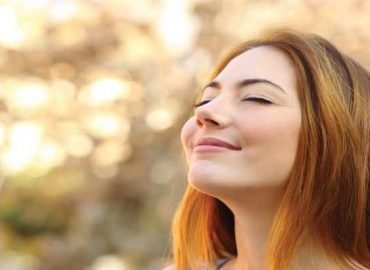 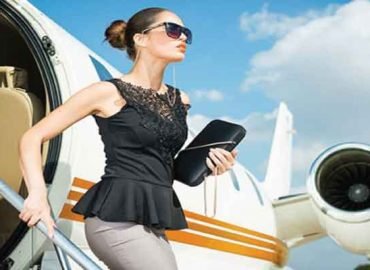 15 Skills You Need To Master To Become Successful